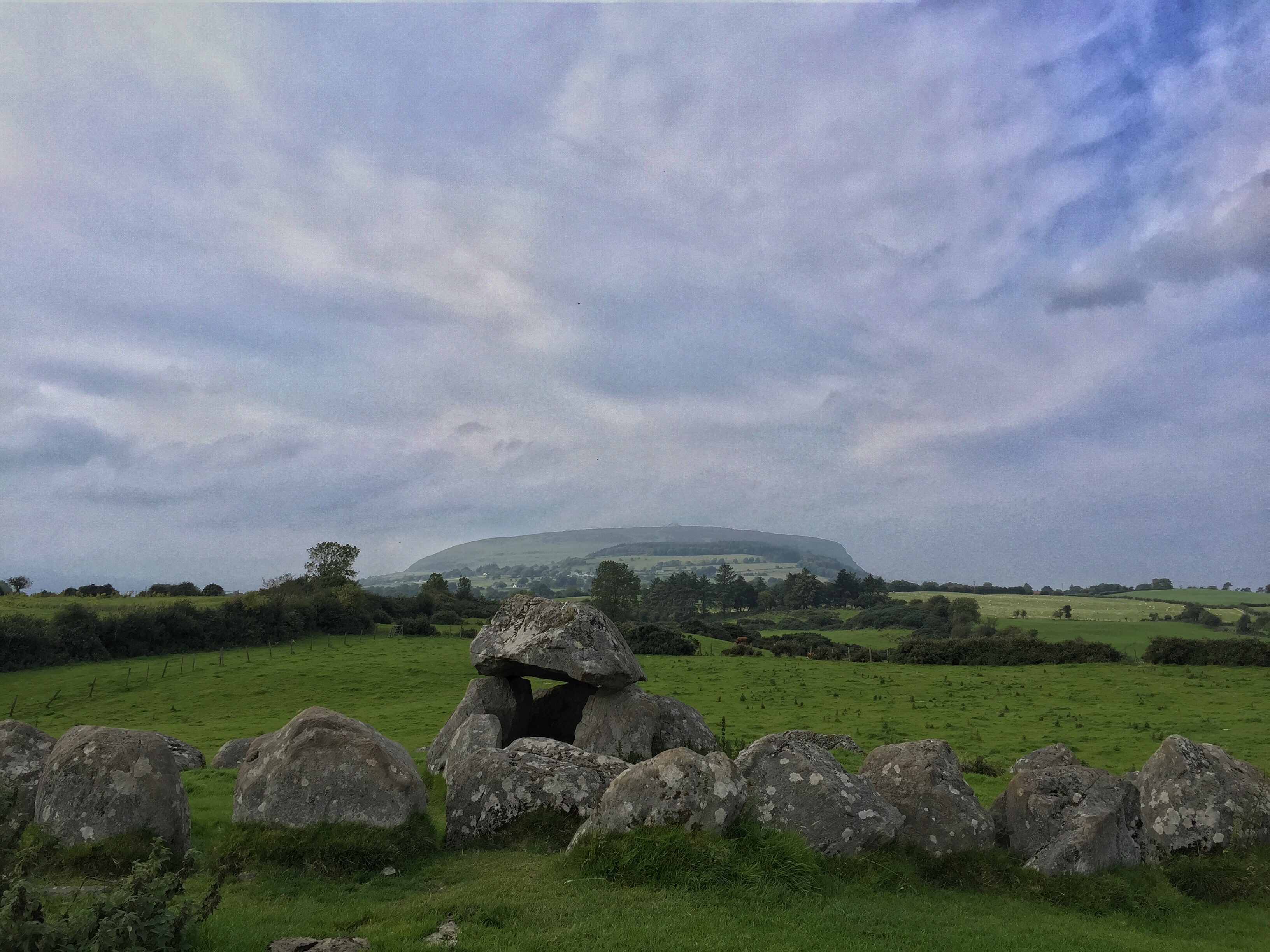 Welcome to the Coru Cathubodua Priesthood's webpage. If you're new here, please consider subscribing to our RSS feed or mailing list. Thanks for visiting!

I have just returned from a three-week pilgrimage in Ireland and Britain. Since landing at SFO on Monday and making my way home, I’ve spent a lot of time sitting in contemplation before being able to write about my experience. It is hard to know where to begin.

The two weeks in Ireland was initiatory. I have come home altered. Part of me is still there, held in the landscapes and holy places where the traditions of my Gods were born. Ireland is like that: the landscape itself is so potent, so alive, an insistent presence that seizes you and does not let go.

This pilgrimage to the source landscape of my Gods has profoundly shifted and deepened my understanding of Them, and of the traditions I practice. I found a new understanding of why place is so important in the Irish stories – because the island itself, and its landscapes and structures, really are that powerful. I came to realize that for American Celtic polytheists such as myself, having lived on this other continent, there is something theoretical in our understanding of Irish tradition until we engage it in its own place. Yes, we may be familiar with the litanies of place-names, the folklore attached to them, the poems and stories of place. It is something else to stand in these landscapes and listen to the voice of the land itself singing its tale. We might know the literature that tells of the hundreds of ancestors buried inside the Mound of the Hostages at Tara, or the tale of the Morrígan’s grave mound beside Newgrange. It is something else to stand at these mounds vibrating, breathless with the overwhelming presence and numinous might of the beings who still occupy them.

There is also the people of Ireland, who represent a living body of tradition themselves. In the course of my brief travels, I met people everywhere I went who were carriers of vibrant, detailed, and often novel knowledge about Irish pagan history and spiritual tradition. Many of these people, as far as I could tell, did not identify as “Pagan”, but clearly were continuing to engage with their heritage as living tradition, and displayed a sense of pride in sharing it with us as such. I heard at least three new-to-me variants of familiar and beloved Irish tales. I heard new perspectives and paradigms on the relationships between stories, texts, and landscapes.

The realization struck me that a fair amount of what these local people were sharing with us might likely be dismissed by members of the American Celtic polytheist community, particularly the more scholarly-oriented, simply because it represents lore that is not matched in the body of medieval texts. I might once have been so inclined, myself. That realization became a caution to me, for which I am grateful.

American Celtic polytheism sometimes has an orphaned quality to it because of the separation from source landscape and embedded tradition. The result is that we often tend to be highly textually focused, because (leaving aside the insights of private personal gnosis) the early Irish texts are our primary contact with the source of our traditions. The textual sources we cling to and study endlessly pale in the presences of these places that gave rise to them. That is to say, the texts are not less important to my understanding of Irish tradition, but I have come to see their place in tradition differently. They are like recordings or photographs of a person who still lives and breathes somewhere. They are secondary and derivative to the reality of the thing. We in the diaspora of devotion have been especially at risk of confusing the artifact for the source.

For all these reasons, and many more, I cannot emphasize too strongly how important it is for practitioners of Celtic polytheist traditions to make such a pilgrimage at least once, if you at all can do so. I feel as though a machine I have been attempting to work with most of my life has just finally been plugged into a source of current. To ground our personal practices and local cults in the source tradition in its living landscape feels irreplaceable to me. I am incredibly grateful for the privilege of having been able to begin to do so.

While in ritual at Tara, we had an encounter with the Sovereignty Goddess there. Her message to me and to the group traveling with me was, “What will you give to Ireland who has welcomed you?” That message stayed with me. I am still contemplating what it is that I can give back to Ireland, as a land and a people, in gratitude for what I draw from it to nourish my practice. But I know that where it begins, for me, is in respecting the Irish people themselves, and their lived knowledge and experience of their own land, language, and traditions.

I plan to continue writing about my pilgrimage experiences in a few more posts focusing on some specific places and experiences, and the brilliant local people who shared them with us.